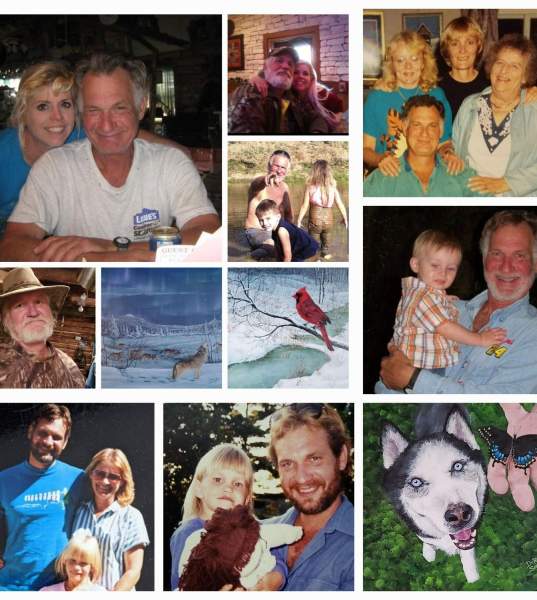 Durwood Lee Smith, 64, of Wolfe City, Tx. passed away at his residence with his wife by his side early Wednesday, February 9, 2022.  Durwood was born on December 2, 1957, in Watertown, New York, the son of Robert Roland Smith and Madeline Alma Bush Smith. He was born on the St. Lawrence River and spent most of his life in the Adirondack Mountains, fishing and hunting, and later in life in the Florida swamps. He also trained horses and at one point was a commercial fisherman. Durwood was also an accompliced musician, playing the twelve string guitar and the drums. He was a well known artist in his younger years in Northern New York. One of his original paintings, which was inspired by the Celebration of New Year's Eve Veteran's Walk in Watertown, New York, still hangs in the courthouse. He walked away from his art and was later reinspired after some family tragedies. His favorite Aunt's last words to him were, "God gave you a gift and if you don't use it, He'll take it away." (To view in depth progression of this gifted artist's paintings, please visit Paralis Oeuvreh FaceBook page or paralisoeuvreart Instagram page. Durwood dubbed himself as "the Mayor of Smithsville" in order to help keep the peace among his family members. Survivors include his wife Stormie Shannon Yvette Smith, of Wolfe Citym, daughter, Jamie Lee Bourcy of Wolfe City, grandchildren: Michael Scott Bourcy, Brianna Marie Bourcy, and Wyatt Lee Bourcy all of Wolfe City, Tx. A sister, Maida Dale Smith of Wolfe City also survives him.  He was preceded in death by his parents, and a wife, Candice Smith.

To order memorial trees or send flowers to the family in memory of Durwood Lee Smith, please visit our flower store.