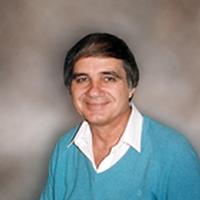 Dudley Bryant Miller of Commerce, lost his courageous battle with Parkinson's disease on Wednesday, May 20, 2015 at Oak Manor Nursing Home in Commerce.

Dudley was born April 25, 1932, in Minden, LA. He was the son of Columbus Bryant "Dud" and Virginia Miller. He graduated from Mt. Vernon High School, then entered the U.S. Army where he became a sergeant. After time in the Army, he enrolled in college in Commerce. Here, he earned Bachelor's and Master's degrees in the field of Industry and Technology.

Having been encouraged by friends, Dr. Harold D. Murphy, Dr. Welcome Wright and University President, Dr. James Gee to pursue his Doctoral degree, Dudley and his family moved to State College, PA where he earned his PhD from Penn State University. The Miller family returned to Commerce where he spent his instructional career as a Professor of Industry and Technology at Texas A&M University-Commerce.

Dudley was preceded in death by his father and step-mother, Irene Darby Miller, his mother and his step brother, Ben Darby

He is survived by his son, Kenneth Bryant Miller and daughter-in-law Kathy Miller of Commerce. One granddaughter, "the light of his life", Kati Miller of Fort Worth. Also, his sister Jerry Crosby of Dallas, niece Cindy Collins and her husband Jamie of Spring Branch, nephew Hank Crosby and his wife Melanie of Frisco, nephew Tim Darby of Fort Worth and Pam Darby Hearne of Plano.

Before his illness, Dudley enjoyed designing and building walnut furniture for his home. He also enjoyed coordinating antique items with his furniture. He received much pleasure when entertaining relatives and friends.

The family would like to thank Dr. Rick Selvaggi, the staff of Oak Manor Nursing Home and Gentiva Hospice for their exceptional care during Dudley's illness.

To order memorial trees or send flowers to the family in memory of Dudley Bryant Miller PhD, please visit our flower store.
Send a Sympathy Card