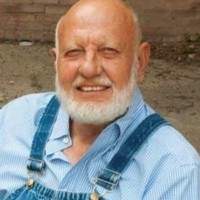 Billy was born in Caddo, Oklahoma on March 31, 1948, the son of Euclid Charles Taylor and Nina Faye Blakney Taylor. He served in the U.S. Navy during the Viet Nam era; and then received a degree from the Chiropractic School of Parker University. He served as a chiropractor in Paris and McKinney for 20 plus years. Billy was indeed a diverse individual, or as some might say a "unique character". His interest ranged from being an avid golfer, to antiquing (for his Antique store in Paris), to loving to cook (the old fashioned way, from scratch), to raising race horses, chickens, and milk goats. To top all of this off, he was also a Hella Shriner Clown, which brought great joy to his grandchildren and many other children as well. "Poppy" was his grandchildren's greatest fan and supporter and seldom missed a sporting event in which they were participating.

Billy was preceded in death by his parents and one brother: Dennis Neal Taylor.

To order memorial trees or send flowers to the family in memory of Dr. Billy Charles Taylor, please visit our flower store.