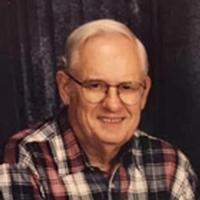 The Chapel of Bright Funeral Home

Long time citizen of Commerce Dr. Robert C. Sr. passed away at 4:52 p.m., Sunday August 30, 2015, at Baylor Medical Center in Garland, due to health complications. He was 90 years old at his death.

He was born Oct.5, 1924, to Charles L. and Lona Kate Cozart in Point, Texas. Robert served in the United States Army during World War II.

He is survived by his wife of 69 years, Kathleen; his sister, Martha Hesse and her husband, Dean of Canton and their 3 sons: David, Charles and Michael Hesse; his daughter, Trish King and her husband, Mike; their daughters: Katy King of Commerce and Kris Ann Clark and husband Daniel and children McClaine and Brooks of Commerce; his son, Robert Cozart, Jr. and his wife, Alice of Commerce and their sons: Will Cozart of Prosper and Rob Cozart and his wife, Sarah and their son, Adler of Celina and his son Edward Cozart and wife, Barbara of Canton and their daughters: Jessica of Madison Wisconsin and Julie of Dallas.

Dr. Cozart was very civic minded, holding many offices in the community. At various times he was President of the Chamber of Commerce, President of the Jaycees, President of the Commerce ISD School Board, President of the Lions Club( recently received his 65 year membership award), on the Board of Directors at Commerce Federal Savings and Loan, active in the Masonic Lodge, Sulphur Springs Chapter and Council, Greenville Commandary, and Dallas Hella Temple, he was also a member of the American Legion, Post 1 Commerce. He was a long time member of the First Christian Church in Commerce serving as deacon, elder, and elder emeritus. His membership spanned from 1958 to present.

His hobbies were fishing, camping, boating, antique clock collecting and just being a wonderful husband, great father, grandfather and great-grandfather.

Funeral services will be held Thursday, September 3, 2015, at 10:00 a.m. at the First Christian Church of Commerce.

Interment will be at Memory Land Memorial in Greenville, with Full Military Honors by Hunt County Military Coalition.

To order memorial trees or send flowers to the family in memory of Dr. Robert Cozart, please visit our flower store.

The Chapel of Bright Funeral Home