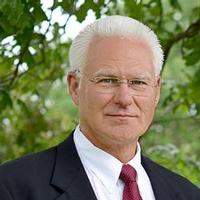 Douglas August Tietjen, a physical therapist and resident of Commerce, TX, died unexpectedly on March 4, 2017 at the age of 71 while doing yard work at his home.

Doug was born in Beatrice, NE, on January 31, 1946 to Dwight, Sr., and Eleanor Tietjen. He graduated from the Kansas State University, Manhattan, KS, in 1968 where he was a member of the basketball team. He received his Bachelor of Science in Physical Therapy from the Mayo Clinic, Rochester, MN, in 1970. On June 2, 1968, he married Sherri, a medical technician that he met while at Kansas State. They would have celebrated their 49th anniversary this year.

Doug and his brother, Dwight, started a physical therapy business in Shreveport, LA, in 1970 called Tietjen Physical Therapy. They were in business for 47 years until his retirement in 2007. He and his wife, Sherri, moved to Commerce, TX, to live near their eldest daughter. Doug continued to work in various nursing homes throughout northeast Texas until his death.

Doug was a devoted father, â€œpapa,â€ and family man. He enjoyed sitting on the front porch of his country home and reading the paper. He loved to be outdoors, sitting on the beach, snow skiing, lifting weights, working in the yard, or planning the Tietjen Annual Crab Trip. He enjoyed getting together with his family; he doted on his 4 children and 9 grandchildren. He was in constant motion, always doing for others and not himself. He is beloved by many who knew him, and will be remembered for his acerbic wit, commanding presence, and â€œtell it like it isâ€ attitude. He will be deeply missed by his friends and family.

A memorial service is scheduled for 1:00 p.m. on March 11 at the First Baptist Church in Commerce, Texas. Dr. LaVelle Hendricks will officiate. Flowers, donations and condolences may be offered at 4561 CR 4400, Commerce, TX, 75428.

To order memorial trees or send flowers to the family in memory of Douglas August Tietjen, please visit our flower store.