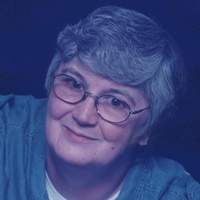 Mrs. Jones was born September 13, 1945 in St. Joseph, Missouri. She was the daughter of Opal Louise Giffin
and John Ryburn Beattie. She was married to Olen Gene Jones. Deanna worked in the medical field at Sherwood Medical.

A memorial service will be held on Sunday, December 2, 2018, at 2:00 P.M. in the Jones-Walker & Son Funeral Home of Commerce with Bro. Terry Bryan officiating.

To order memorial trees or send flowers to the family in memory of Deanna Carol Jones, please visit our flower store.