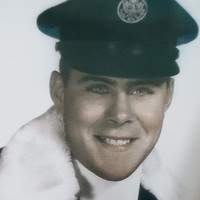 David Glenn Robertson, 77, of Klondike passed away at his residence on Sunday evening, February 09, 2020.

David was born in Windom, Texas on May 5, 1942, the son of Weldon Cleo Robertson and Daphna Nell Shipman Robertson. He served in the U.S. Air Force from December 1960 until May of 1962 when he was honorably discharged. David married Linda Kay McBride on September 3, 1966 in Klondike where they made their home. He worked as a mechanic most of his life, beginning as an Aircraft mechanic in the Air Force and continuing at Cantrell Chevrolet in Cooper which later became Abernathey Chevrolet. Upon leaving Abernathey's, he went into business with his father-in-law, Neff McBride at their shop in Klondike where he continued working as a mechanic for many years. Upon retirement, David enjoyed spending time in his shop making wood projects, shooting guns, fishing and gardening.

He was preceded in death by his parents, a sister, and a brother.

Graveside services will be held at 2:00 P.M. on Thursday, February 13, 2020, at New Klondike Cemetery, with Bro. Terry Bryan officiating.

To order memorial trees or send flowers to the family in memory of David Glenn Robertson, please visit our flower store.