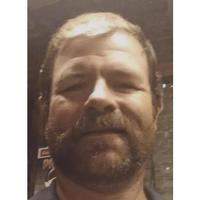 David was born in Commerce, Texas, on July 6, 1971, to Judy Crow Currin and Henry A. Currin. He was married to Brandy Boss Miller.

Survivors include his wife, Brandy; his two sons: Jack and Jon Johnson; his daughter, Alyssa D. Miller; his brother, Tracy Miller; his sister, Jan Currin-Berre; and, his mother, Judy Currin, and, his uncle Gene Crow. He is also survived by many other relatives and friends.

He was preceded in death by his father, Henry A. Currin, and, his grandparents Lois Crow and John Crow.

A graveside service will be held on Sunday, August 21, 2016, at 9:30 a.m. at Mount Zion Cemetery with Pastor Bill Jordan and Bro. Leigh Dixon officiating.

To order memorial trees or send flowers to the family in memory of David Gene Miller, please visit our flower store.