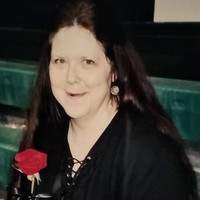 Dari was born on August 26th, 1964, in Dallas, Texas, the daughter of Dari Joyce Allen and Ray Tidwell. She was raised in and around the Dallas area and graduated from Quinlan High School in 1982. At the time of death, she was a resident of the Quinlan/Cash area. Throughout her life, she held many different occupations including operating printing presses, welding and restaurant management. In 1993, Dari graduated from Richland College in Dallas and received a degree as a Medical Office Specialist which she used in her occupation as a medical coding specialist.

Dari was a special, exceptionally kind hearted person who was always eager to put others before herself, even while fighting the disease that eventually took her life. She enjoyed gardening; watching her favorite TV shows including, General Hospital and Grey's Anatomy; being what she called a "real" Dallas Cowboys fan; and although she loved listening to a wide variety of music, her favorite artists were Stevie Nicks and Fleetwood Mac. But most of all, she enjoyed speaking with people; family, friends and strangers alike. No matter who it was or where she was, she was happiest when engaged in conversations. With her outgoing personality, she touched the hearts and lives of every person she came in contact with and will be deeply missed.

A memorial service will be held at the Jones-Walker & Son Funeral Home, 1209 Live Oak, Commerce, Texas, on Sunday, March 15th, 2020 at 2 pm. Everybody is encouraged to arrive early and reminisce about the life of such a wonderful, beautiful woman, Dari Ruth Cabesuela.

To order memorial trees or send flowers to the family in memory of Dari Ruth Cabesuela, please visit our flower store.