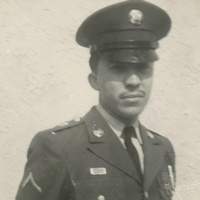 Daniel was born February 8, 1941 in Gallup, New Mexico, the son of Juanita Rodriguez and Richard Bautista. He was a Lineman at International Paper Company and was a United States Army veteran. Daniel enjoyed listening to Gospel and Country music, watching WWE Wrestling, the Pittsburg Steelers and the San Francisco 49ers football games.

He was preceded in death by his parents and his beloved four legged friend, his pride N joy, Ms. Mutt.

There are no services scheduled for Mr. Padilla.

To order memorial trees or send flowers to the family in memory of Daniel Padilla, please visit our flower store.