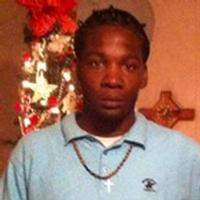 Corey was born in Greenville on August 18, 1991, to Lajuana Heath Phifer and Howard Phifer. He was a 2010 Commerce High School graduate. Corey enjoyed fishing, roofing and working with computers.

Left to treasure his memories are his parents, Lajuana and Howard Phifer; his daughter, Jaidyn Williams; his three brothers: Donavon Lee Heath, Damon Dashune Heath and Aundrey Dewayne Heath; his sister, Jerlisha Denise Heath; and, a host of friends and family.

He was preceded in death by his two grandmothers: Ella Louise Lockette Heath and Elnora Phifer.

The Heath family are in the process of planning a memorial service for a later date.

To order memorial trees or send flowers to the family in memory of Corey D. Heath, please visit our flower store.