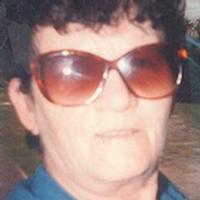 She was born on October 24, 1934 in Pickton, Texas, the daughter of Orvil Ray and Lima â€œLinnieâ€ Lester Johnson Ray. She married William Leroy Rodgers on October 17, 1978, in Longview, Texas. He preceded her in death on October 15, 2005. Mrs. Rodgers was a homemaker and of the Baptist faith.

She is survived by her son, Johnny Whithrow of Austin; her daughters: Barbara Muniz of Copperas Cove and Joyce Hambry of Round Rock; her step- children: Randall Rodgers Denise, Britt Rodgers and Virginia; several grandchildren and great grandchildren; and, her sisters: Pat Griner of Sulphur Springs and Mildred Parkinson of Tira.

She was preceded in death by her parents; her son, Ricky Whithrow; her brother, Sammy Ray; her sisters: Eda May Ray and Nell Wyly; her nephews: Joey Griner, Ricky Lee Wyly, Ryan Williams and Joey Dixon; and her niece, Debbie Griner Eppars.

Graveside memorial services for Cordie will be held at 1:00 PM Thursday, January 15, 2015, at the Bolivar Cemetery west of Sanger, TX.

To order memorial trees or send flowers to the family in memory of Cordie Rodgers, please visit our flower store.
Send a Sympathy Card