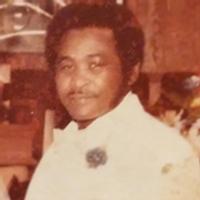 He attended school in Nacogdoches and married Variee Morrison of Hope, AR. They lived in Commerce and had eight children.

He was preceeded in death by his parents; his children, Donnie Flanagan, Brenda Gadlin, Sandra Flanagan; two brothers and one sister.

To order memorial trees or send flowers to the family in memory of Cleon Flanagan Sr., please visit our flower store.