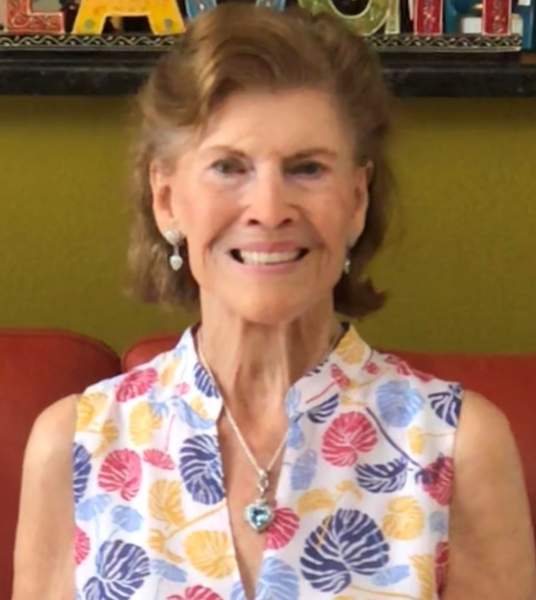 Surrounded by her family, Christine Mays Kerr passed away peacefully on May 3rd, 2022, in Palm Bay, Florida, at the home of her daughter. She was born May 29, 1928, in Saltillo, Texas to James F. and Mayflower Cannaday Mays.

A high school graduate of Saltillo High School, Christine moved to Dallas, Texas to further her education and career in modeling. Christine met her husband Robert J Kerr in Dallas, Texas. and they were married for 39 years before he passed. The couple spent an exciting life living overseas and traveling the world with their children. They spent the next 39 years together, raising a family and living a lifetime of memories. They took pleasure and delight in all their grandchildren and great grandchildren. Robert and Christine remained in love and held hands until he passed away in May 1997.

She loved to travel the world, read, and spend time with her children, grandchildren, and great grandchildren. She enjoyed organizing and hosting special events. She lived in the United States, Iran, Saudi Arabia, Cayman Islands and eventually retired in Scotland with her husband Bob. Like her twin sister, Modine Stretcher, Christine was an avid sports fan, especially for her Dallas Mavericks and the Dallas Cowboys. Christine also enjoyed flowers, birds, bright colors, and singing gospel music.

Graveside services will be held on Saturday, June 4th, 2022 at 11:00 am at Stout Creek Cemetery in Saltillo, Texas. Brother Terry Bryan will officiate the service.

To order memorial trees or send flowers to the family in memory of Christine Mays Kerr, please visit our flower store.