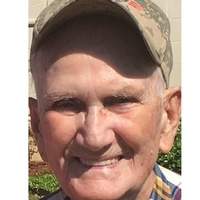 Harold Verner was born October 21, 1926 in Commerce, TX. Throughout his 91 years on earth, he was a son, husband, father, father-in-law, uncle, grandfather, great-grandfather and friend to many. He began working as a carpenter at the age of 14 and finally retired at the age of 86. He built apartments, houses, hotels and nursing facilities in many states. He lived in Commerce, Dallas, Garland, Detroit, and Tyler, Texas.

He was the son of E.W. "Buck" and Jewel Verner. He married Kathryn Thomas on December 31, 1946. They had a son Charles Thomas on December 31, 1951 and a daughter, Pamela on December 31, 1956. He has twin sisters, Evonne Richardson and Lavonne Wells. He was an uncle to several nieces and a nephew. He was father-in-law to Donnie Hays and Papa to Jennifer, Brian and Tara Hays, along with many others from Rivercrest High School. Harold was also a great-grandpa to Hannah Kate Hays. She was his "precious doll".

In 1962, he and his construction partner, Darrell Coats, purchased some land in Red River County Texas which became Jan-Kay Ranch Christian Camp. In 1974, he and Kathryn built their home on the land and he lived there until 2014 when he moved to Tyler to be closer to the grandkids.

During the late 1960's and early 1970's he traveled and sang with The Thomas Family Quartet, which consisted of him, his wife, his brother-in-law Dewey and sister-in-law Marline Thomas. He loved singing, traveling, and most importantly, giving a testimony for the Lord.

He was a member of Lone Star Congregational Methodist Church which was organized and started by his dad. In the last 3 years, he has attended Flint Community Church.

He was preceded in death by his parents, son, wife and great-granddaughter, Alice Hays. He will be missed, but he made many memories with wonderful friends, relatives and coworkers throughout his 91 years.

Funeral services for Harold Verner will be held Sunday, November 26, 2017, at 2:00 p.m. in the Jones-Walker & Son Funeral Home Chapel, with Reverend Don Shovan officiating. Visitation will be one hour prior to the service.

To order memorial trees or send flowers to the family in memory of Charles Harold Verner, please visit our flower store.