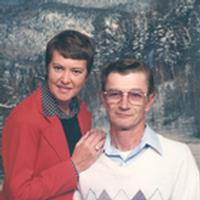 With the death of his father at the age of seven, Charles grew up in the housing projects of Detroit, where he quickly learned the importance of forming close bonds with family and friends.

Upon completion of High School, Charles enlisted in the United States Army where he served as a Mess Sergeant and also where he met the love of his life Linda Jo Crutchfield. Charles and Linda had two children, Dean Robert and Drinda Jo, and after completing his enlistment with the Army, they settled in Garland, Texas, not far from Linda's birthplace of Plano, and was surrounded by family.

Charles worked throughout the remainder of his career as a retail meat cutter for K-Mart, Safeway, and then Tom Thumb from where he retired in 2003. Also in 2003 Charles and Linda moved to Ladonia, Texas to enjoy a slower lifestyle, but Linda's life was cut short by cancer shortly after their move. Living out the rest of his life, he never removed his wedding band. Charles remained a devoted husband to the end.

While raising his own family, Charles enjoyed watching his son compete in sports, and as a grandfather he proudly watched Dean's sons play various sports as well. He also took pride in watching his daughters son Bryson compete in robotics. Charles was always quick to brag on his family, who he always spoke of with joy and pride.

In 2013, Charles was diagnosed with end stage COPD, and his health slowly deteriorated, but this did little to keep Charles from taking an active part in his families life. With an oxygen cannula and walker. Charles could be found watching his youngest grandson compete in local robotics tournaments with his eyes gleaming with pride. In 2014 Charles moved in with his daughter and son-in-law, Drinda and Thomas Mead, where he was able to spend a bit more time of his life living with family, until his health declined to the point of his needing around the clock care in January of this year. In January he moved into the Harrison House in Greenville, Texas where he grew to enjoy the company of those around him and those who helped care for him.

Charles' parents, his wife Linda Jo, his bother Raymond, and many friends preceded him in death. Charles leaves behind to treasure his memories, his son, Dean Sargent and wife Terry of Ypsilanti, Michigan, his daughter, Drinda Jo Sargent and husband Thomas of Ladonia, Texas, three grandsons; Bryson Mead of Ladonia, Ryan Sargent and Ricky Sargent also from Texas, he is also survived by five siblings.

Graveside services with Military Honors, will be conducted on Friday, October 2, 2015, at 2:00 P.M at Ladonia City Cemetery.

To order memorial trees or send flowers to the family in memory of Charles S. Sargent, please visit our flower store.