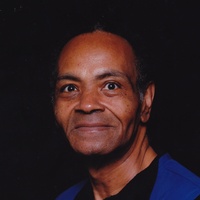 
Charles McKinley LeShaw was born in Honey Grove, Texas, on January 25, 1947, to Ruby LeShaw and Charlie Thomas. He was the youngest son of ten brothers and sisters. He graduated from Honey Grove High School in 1965. He went on to East Texas State University where he graduated with a degree in history and met his wife Mary Rosborough.

Charles and Mary were united in Holy Matrimony on March 27, 1971, and to this union three children were born: Stacey LeShaw, Christopher LeShaw, and Kimberly LeShaw-Price.

After graduating from college, Charles was dedicated to teaching children with special needs. He went on to pursue his passion for sales where he truly shined. In addition to raising his children and being a grandfather, Charles enjoyed reading the Bible, attending church, watching any cowboy movie he could find on TV and spending time with his children and grandchildren who affectionately called him Papa.

He was preceded in death by his wife Mary LeShaw; his parents; his three brothers: Roy LeShaw, Lloyd LeShaw, and Johnny LeShaw; and his two sisters, Deloise LeShaw and Ruthie Mae Griffin.

To order memorial trees or send flowers to the family in memory of Charles McKinley LeShaw, please visit our flower store.