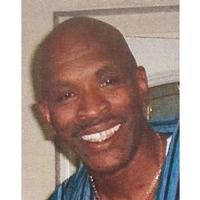 Cedric was born in Commerce, Texas, on April 9, 1959, to Mattie Fagan Pannell and Lawrence Pannell. He was married to Vernetta Pannell.

He was preceded in death by his parents; his grandparents; his brothers: Lawrence Pannell and Ernie Pannell; and, his sister, Nora Blair.

Funeral services will be held on Saturday, December 10, 2016, at 11:00 a.m. at Mount Moriah Baptist Church of Commerce with Bro. Shawn Pannell officiating.

To order memorial trees or send flowers to the family in memory of Cedric Lee Pannell, please visit our flower store.