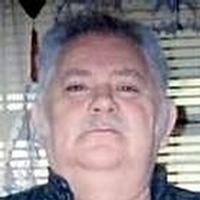 Carrol was born on July 25, 1943, in the Needmore Community (Delta County) to Coy Lee Dickey and John Henry Wilson. He worked in the mobile home manufacturing industry.

Funeral services will be conducted at 2:00 p.m. Monday, February 22, 2016, at Jones-Walker & Son Funeral Home chapel. Interment will follow at Emblem Cemetery in the Emblem Community.

Honorary pallbearers will be Michael Miller and Joe Gilley.

To order memorial trees or send flowers to the family in memory of Carrol Wayne Wilson, please visit our flower store.