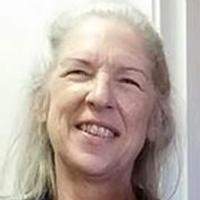 Carol was born in Detroit, Michigan, on August 29, 1955 to Sally Patricia Belyea Carew and Ralph Lawrence Carew II. She was a purchasing agent for Texas A & M University - Commerce, where she was employed for 24 wonderful years. She was married to Jimmy "Sid" Dickinson, who preceded her in death.

Survivors include her daughter, Zora Stoll (Derek) of Rochester,MN.; her step-son, Jimmy Dickinson II (Celeste) of Midland, TX; her step- daughter, J'Lynn Bowers of Tyler, TX; her granddaughter, Gabriella "Gaby" Stoll; and, her great-granddaughter,Mattea Morgan. Other survivors include her brother, Richard Carew (Cheri) of Commerce; her sister, Patricia Jablonski (Ted) of Riverview, MI; and, her sister, Susan Carew-Sumara (Andy) of Famington Hills, MI.

She was preceded in death by her husband, "Sid"; her parents; and, her brother, Christopher Carew.

To order memorial trees or send flowers to the family in memory of Carol Dickinson, please visit our flower store.