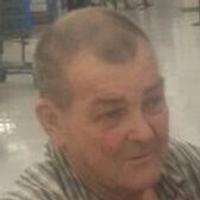 Carl was a proud United States Navy veteran. (Thank you for your service).

A memorial service will be held on Saturday, November 21, 2015, at 2:00 p.m. at Ridgecrest Baptist Church in Commerce with Bro. R.J. Nanny officiating.

To order memorial trees or send flowers to the family in memory of Carl "Butch" Thorpe, please visit our flower store.