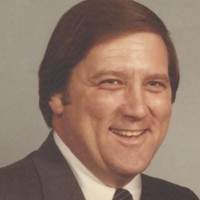 Carl was born to Carl and Billie Brown on June 28, 1943, in West Palm Beach, FL, and he moved to Texas as soon as he could at the age of two. He received bachelorâ€™s degrees from East Texas State University and a graduate degree from The University of Dallas. In 1969, he married Peggy Oâ€™Neill, and together they raised two children, Kevin and Kyle.

Carl was a huge sports fan, a sharp mathematician, an astute political analyst, and an avid astrophysicist/astronomer. He worked in the defense and oil and gas industries before transitioning to a career in sales, where he received many awards. He was known for his great sense of humor and an extremely contagious laugh.

In lieu of flowers, the family is requesting that donations be made to:

To order memorial trees or send flowers to the family in memory of Carl Odell Brown Jr., please visit our flower store.