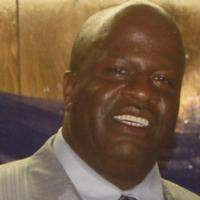 Bruce E. Murphy was born on October 23, 1962, in Greenville, Texas, to Mary Frances Murphy and Willie Lee Woodberry, where he was educated in the Wolfe City Independent school system. He chose a vocation as a machinist because he received joy from working & creating things with his hands. He was a longtime dedicated member of the workforce at Champion Cooler in Denison, Texas, where he was loved by his administration as well as his co-workers. He was a faithful member of the Little Bethel Baptist Church in Ladonia, Texas, under the leadership of Pastor Cecil Jones.

Bruce met and married the love of his life, Charlotte L. Aubrey, on June 2, 2012. Along with his wife, he is lovingly survived by his mother, Mary Frances Murphy, his daughter, Angel K. Murphy, and his much loved step sons; Heath Aubrey, Jacob Aubrey, Chuckie (Kenneth) Aubrey, Jr. & Darius Brown. He is also survived by his siblings; Thomas Woodberry, Shirley Alexander (Mike), Stanley Murphy, Rosemary McFail, Marcus Murphy, Vanessa Johnson, Tyron Murphy and Christy Pittman, and, a host of aunts, uncles and cousins.

Bruce was preceded in death by his brother, Willie Fred Woodberry who rejoiced when he met him in Heaven on March 12, 2017.

Burial will follow at St. Mark Cemetery in Dodd City.

To order memorial trees or send flowers to the family in memory of Bruce Elbert Murphy, please visit our flower store.