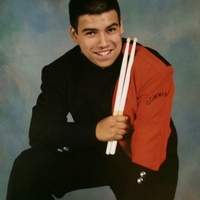 Brian Eduardo Galicia of Commerce, Texas, age 20, passed away on Sunday, July 1, 2018. He was born on July 16, 1997, in Ciudad Juarez, Chihuahua, Mexico to Patricia CastaÃ±eda Fernandez and Ramon Galicia Chavez. The oldest of two brothers, Brian was a loving brother and adored son. A visitation will take place on Thursday, July 5, 2018 from 6:00 to 8:00 p.m. at Jones-Walker & Son Funeral Home. The funeral services will be on Friday, July 6, 2018 at 3:00 p.m. at the Commerce Church of Christ.

In 2001, Patricia Mynatt moved her two sons to the United States. Brian became a United States citizen in 2008. In 2009 Wallace Mynatt became Brianâ€™s dad. During his youth Brian worshipped at the Commerce Church of Christ, always striving to show the acceptance and love that his savior portrayed. Brian took these qualities everywhere he went. He was involved in the youth group at the church and the Boy Scouts of America where he earned the rank of Eagle Scout. Brian was an avid supporter of the arts and was passionate for diverse bodies of music. He was a stellar percussionist and earned the position of Drumline Captain his senior year and served as the Drum Tech for the Commerce High School Band in 2018. Brian graduated Commerce High School as part of the Class of 2015.

Many will remember Brian as a person who always cared for others, and put the happiness of others first, even before his own. He wanted every soul he interacted with to feel a sense of worth, happiness, laughter, and lightheartedness. Brian was a true defender of those he loved, and one of the most empathetic souls to ever walk the earth. Brian understood what it meant to suffer, but he also understood what it meant to conquer it. He knew that love was one of the most powerful gifts to be able to give someone, and because of that, many people were able to feel love in a time where hopelessness was abundant. Brian wanted to help people feel alive and valued, and many would say that he did.

In lieu of flowers the family requests that you donate to Brian Galiciaâ€™s gofundme account to cover the funeral expenses at www.gofundme.com/in-memory-of-brian-galicia.

Services are under the direction of Jones-Walker and Son Funeral Home and Cremation Service of Commerce.