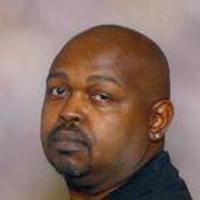 Brian Keith Finney, 45, of Commerce, formerly of Honey Grove, passed away on Sunday, September 28, 2014, in Dallas.

He was preceded in death by his step-mother Doris Finney, his maternal and paternal grandparents.

To order memorial trees or send flowers to the family in memory of Brian Keith Finney, please visit our flower store.
Send a Sympathy Card