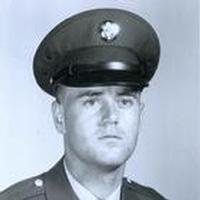 Bobby Oneil Murphey, 67, of Mabank, formerly of Dallas passed away on Wednesday, November 26, 2014, in Tyler.

Bobby was born in Corsicana, Texas on February 2, 1947, to Mary Aljean Lasley Murphey and Oneil Murphey. He owned a flower shop in Dallas for many years, and took great pride in being a brother and uncle. Bobby was very happy when he could help someone in need. He proudly served his country during the Viet Nam war, serving with the United States Army.

Survivors include his two brothers: Billy Murphey and Harvey Murphey and his wife DJ, and his sister Brenda Derrington and her husband Larry, and, many nieces and nephews.

He was preceded in death by his parents, his brothers: James W. Murphey and Larry Murphey, his sister Catherine Ashley and his niece Tressa Bryan.

Burial will be conducted at Dallas Fort Worth National Cemetery on Monday, December 1, 2014, at 9:30 a.m.

To order memorial trees or send flowers to the family in memory of Bobby Oneil Murphey, please visit our flower store.
Send a Sympathy Card