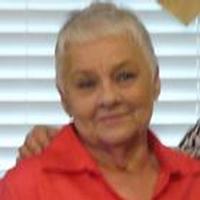 Bobbie was born in Dallas on May 2, 1943, to Dorothy Mae Calvin Barnes and Doyle King Barnes Sr. She enjoyed working in her garden; and, her favorite pastime was playing a game or two of Bingo. In Bobbie's earlier years, she was known as a great dancer. Bobbie loved working at Wal-Mart and made many friends while working there.

She was preceded in death by her parents and her best friend, Cynthia.

Graveside services will be conducted on Friday, October 3, 2014, at 11:00 a.m. at Laurel Land Memorial Park in Dallas.

To order memorial trees or send flowers to the family in memory of Bobbie Jean Robinson, please visit our flower store.
Send a Sympathy Card