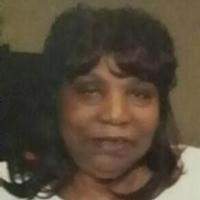 Blanchie Faye Crosby, 79, of Commerce passed away on Thursday, February 5, 2015.

Blanchie was born in Talco, Texas, on March 11, 1936, to Dick Hines and Rosie Savage Hines.

Blanchie was preceded in death by her parents; her two brothers: G. A. Hines and Ralph Hines; and, her three sisters: Mattie Hines, Bertha Weatherall and Shirley Crosby.

Funeral Services will be conducted on Wednesday, February 11, 2015, at 11:30 a.m. at Mount Moriah Baptist Church in Commerce.

An Honorary Pallbearer will be John "Ed" Luckey.

To order memorial trees or send flowers to the family in memory of Blanchie Faye Crosby, please visit our flower store.