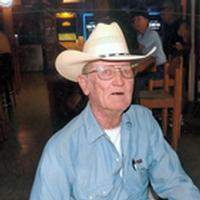 Billy was born in Blue Ridge, TX on September 24, 1936, to Dovie Jane Decker Kent and Maxie Taylor Kent. He was a truck driver and was married to Thelma Fay Romine Kent.

He was preceded in death by his parents Maxie and Dovie Kent, his son Danny Kent and his brother Freddie Kent.

A memorial service will be held on Wednesday, May 20, 2015, at 11:00 a.m. at First United Methodist Church in Blue Ridge, TX. with Pastor Dana Kent officiating.

In lieu of usual remembrances, the family has requested that donations be made to Hospice Plus.

To order memorial trees or send flowers to the family in memory of Billy Dwayne Kent, please visit our flower store.