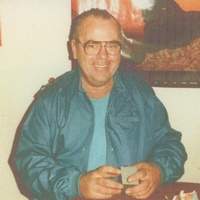 Billie was born in Porterville, CA. on February 8, 1939, to Annie Belle Britt and Martin Frank Buckelew. He was a forklift operator and a United States Army Veteran .

He is preceded in death by his wife Marian Elaine Hughes Buckelew, his parents and eighteen siblings.

The Buckelew family will hold a private service.

To order memorial trees or send flowers to the family in memory of Billie Buckelew, please visit our flower store.