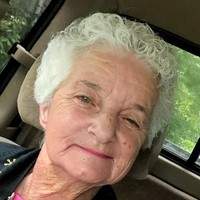 Bertha Alice Hammond, 80, of Cumby, passed away Sunday morning, September 22, 2019 at her residence.

She was born in Bottineau, North Dakota on July 20, 1939, the daughter of Otto Rosenau and Ruth Barrett Rosenau.

She spent her young adult life raising cattle and registered quarter horses. She loved being outside working in her garden that helped to feed her family. Later in life, she ran her own booth at a flea market and worked as an aide to the elderly. Her favorite pastimes were spending time with her family and visiting with her friends, going to garage sales, and spending a little time at the casino. Bertha never met a stranger and loved to help others. She was a devoted mother and grandmother. Bertha overcame many adversities in her life after surviving a head on collision in 1988 and a major stoke in 2000. Nothing could keep her from doing the things she loved.

Bertha is survived by two sons: Steve Hammond and his wife Jennifer from Cumby, and Greg Hammond. Other survivors include her grandchildren: Nick Dyer, Noah Dyer and Neely Hammond.

Graveside services will be held for Ms. Hammond on Wednesday September 25, 2019, at 4:00 p.m. in the Cumby City Cemetery. Brother Terry Bryan will officiate.

To order memorial trees or send flowers to the family in memory of Bertha Alice Hammond, please visit our flower store.