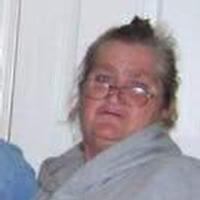 Barbara was born in Commerce on September 28, 1952, to Hallie Arrington Mobley and Ellis Mobley.

Survivors include her sister, Rosie Mobley and her brother, Wayne Mobley. She is also survived by nieces and nephew: Carol Smith, Heather Bensley, Jennifer Bensley and Robert Billingsby.

She was preceded in death by her parents: Eliis and Hallie Mobley; her two bothers: Edward and Dewey Mobley; and, her three sisters: Ruby Jackson, Mary Mobley and Susie Patrick.

Graveside services will be conducted on Monday, September 14, 2015, at 3:00 p.m. at Rosemound Cemetery with David Gibson officiating.

To order memorial trees or send flowers to the family in memory of Barbara Jean Mobley, please visit our flower store.