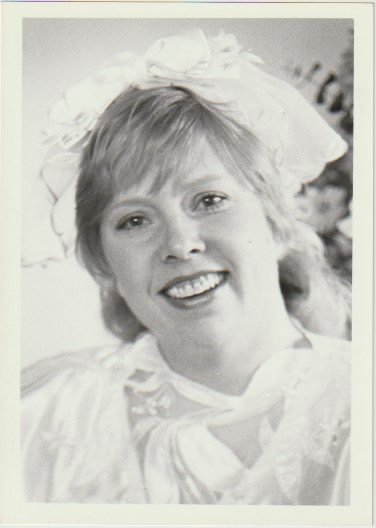 Barbara Lenington, 66, of Commerce, passed away on Saturday, August 08, 2020 in Greenville, TX.  She was born to Alexander Carrie Holt Jr. and Anna Marie Dejong in Quonset Point, Rhode Island.  She married John Lenington in Dallas, TX on January 23, 1988.

For decades, Barbara Lenington has been an iconic figure in her community, as a teacher, a businesswoman, an advocate for public improvements and charitable causes, and a loyal friend to the uncountable number and range of people who were privileged to know her. In her work as a political science instructor at East Texas State University (now Texas A&M, Commerce)  and Paris Junior College, she brought both information and inspiration to generations of young people. Her students not only learned but also discovered the excitement of being active citizens. Through her guidance and support, they participated in significant fundraising activities such as “March for Parks,” which she organized and supervised for twelve years.

Her contributions extended to serving as President of the Commerce Parks Foundation, as well as participating in the Future Farmers of America and the YMCA. She was a driving force behind the establishment of the popular Skate Park facility in Commerce, inspired by her son Hunter’s love of the sport. She was an avid outdoors person who enjoyed traveling, horseback riding, camping, swimming, and white water rafting. She also loved working at various crafts and solving jigsaw puzzles; she particularly enjoyed reading but was also an enthusiastic sports fan who loved following the Olympics and football.

Barbara’s activities earned her the Lone Star Legends Award from the Texas Parks and Wildlife Department, and she was named a Distinguished Alumni of the Texas A&M, Commerce Political Science Department.

Barbara Lenington loved her husband and son and her many, many friends and associates, and she loved laughter and swapping stories around a campfire. She had a personality that was truly larger than life; her determination, intelligence, and generosity helped make this a better world for all who knew her, and for generations to come. Her legacy remains in the hearts of those who knew and loved her.

Family will receive friends on Thursday August 20,2020 from 6:45 P.M. until 7:30 P.M. at Authentic Life Fellowship in Greenville, TX.  A  celebration of life will begin at 7:30 P.M. with Rev. Jimmy Vaughn officiating.

Social distancing is asked to be observed.

To order memorial trees or send flowers to the family in memory of Barbara Lee Lenington, please visit our flower store.
Send a Sympathy Card