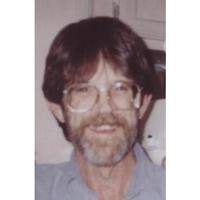 Bailey was born in Wichita Falls, Texas, on July 12, 1955, to Mary Amelia Kelm and Bailey Reeves Marley. He was previously employed by L-3 Communications. He was married to Shirley Ann Fischer Marley. He was of the United Methodist faith. He was a United States Navy veteran serving in Desert Storm, proudly serving his country from 1975 until 1995. Bailey truly enjoyed fishing.

He was preceded in death by his father, Bailey Reeves Marley; his step-mother, Madonna Marley; and, his step-father, Paul Tedford

A memorial service will be held at 1:00 p.m. on Monday, May 2, 2016, at Jones-Walker & Son Funeral Home Chapel with Bro. Jeff Taylor officiating.

To order memorial trees or send flowers to the family in memory of Bailey Marley, Jr., please visit our flower store.