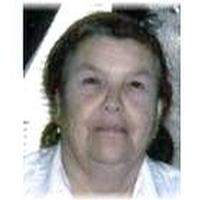 Funeral Services for Peggy were held

Anna was born in Skowhegan, Maine, on June 6, 1941, to Evangeline Mary Bouffard Chouinard and Lawrence R Chouinard. She was married to Timothy V. Adkins.

Survivors include her husband, Timothy V. Adkins of Ladonia; her daughters: Mary Ann Adkins of Florida, Brenda Whalen of Florida and Wanda Crabtree of Iowa; her sons: William Wallace Frey and Tony Frey, both of Texas; her 11 grandchildren; and, her 9 great grandchildren. She is also survived by her sister, Mary Thibodeau of Mass.

She was preceded in death by her parents, Evangeline and Lawrence Chouinard; and, her son, Anthony Frey.

To order memorial trees or send flowers to the family in memory of Anna Mary Adkins, please visit our flower store.

Funeral Services for Peggy were held