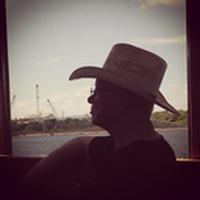 Al Knutson passed away in the comfort of his own home in Commerce, TX., after an 11 month long battle with cancer. He was 74 years of age. Al was born in Fairview Township, Minnesota to the parents of Alvin and Oceanna Knutson which preceded him in death alongside his sister, Delores Wells.

Al graduated from Kansas State & then served in the Navy during the Vietnam conflict & was stationed off the coast of Virginia. He built many businesses over the years with the entrepreneurial skills, but his most successful was Tax Results USA. He cultivated this business into a fine craft & put a lot of hard work & dedication into leaving a legacy. He also enjoyed many other projects such as horses and ranching over the years as well.

Al always had a positive outlook & a sense of humor, so don't only mourn his loss but also remember him with celebration, positivity and laughter too. That's what he would have liked best.

There are no services scheduled, at this time.

To order memorial trees or send flowers to the family in memory of Alvin "Al" Knutson, please visit our flower store.
Send a Sympathy Card