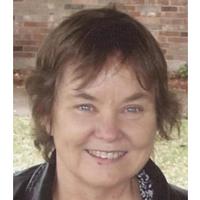 Alice was born in Bonham, Texas, on February 2, 1951, to Dorothy Castle McIntyre and Bryce McIntyre. On August 28, 1971, she married the love of her life, Dale Truitt. After her birth, she moved around with her family to several United States Air Force Bases, including her favorite assignment in Japan. She graduated from Bonham High School, continued her education at UTA and received a Master of Science in Math at ETSU.

Alice was a member of the First Baptist Church of Commerce, she was an Auxiliary Volunteer at the Hunt County Hospital of Commerce. Alice enjoyed nothing more than spending time with her kids and grandkids, she also cared greatly for her dogs and cats, she had an excellent memory for numbers and she could draw you a great picture of Donald Duck.

Alice Beryl McIntyre Truitt's life was full of unconditional love and compassion. She is remembered for her contagious laughter and her smile.

She is survived by her husband Dale Truitt, her son Walter Truitt of Allen, her two daughters; Harriet Sudduth of Oxford MS and Diane Renfro of Ft. Worth, her grandchildren; James Truitt, Craig Truitt, Bryce Truitt, all of Allen, Kate Sudduth, Maggie Sudduth, Ashley Sudduth and Tripp Sudduth, all of Oxford MS and Grant Renfro and Whitney Renfro, of Fort Worth, she is also survived by her two brothers; Bryce McIntyre Jr. of Fort Worth and Mike McIntyre of California.

Alice was preceded in death by her parents Dorothy and Bryce McIntyre and her sister Lorraine Mitchell.

Funeral service will be held on Tuesday, July 5, 2016, at 10:00 a.m. at Jones-Walker & Son Funeral Chapel with Rev. Clay Potter officiating.

To order memorial trees or send flowers to the family in memory of Alice B. Truitt, please visit our flower store.