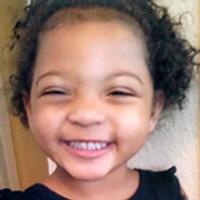 Aliah Christine Walker, 3, of Celeste passed away on Tuesday, December 30, 2014.

She enjoyed playing Barbies, doing hair, coloring, drawing, singing, going to church and the park, watching and acting like Doc McStuffin. Aliah was a Heaven-sent angel. To know her was to love her. She was feisty, smart, beautiful, and full of God and life. She loved helping others.

She was preceded in death by her great grandfather, Shephard Sample, and her great-great uncle, Thomas Sample.

Visitation will be held at Jones-Walker & Son Funeral Home in Commerce on Tuesday, January 6, 2014, from 6:00 â€“ 8:00 p.m. with additional visitation prior to funeral services beginning at Noon until service time on January 7, 2015.

Funeral services will be conducted on Wednesday, January 7, 2015, at Faith Outreach in Greenville at 2:00 p.m. with Bro. Rance Moore officiating.

Additional visitation will be held at Faith Outreach in Greenville, Texas, from Noon until service time on January 7, 2014.

Additional visitation will be held at Faith Outreach in Greenville, Texas, from Noon until service time on January 7, 2014.

To order memorial trees or send flowers to the family in memory of Aliah Walker, please visit our flower store.
Send a Sympathy Card