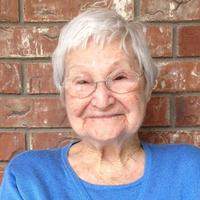 Pauline Toole, 96, of Greenville went to be with her Heavenly Father on Thursday, October 27, 2016.

Ms. Pauline was born in Pocahontas, Mississippi, on October 20, 1920, to Naomi Clydella Cobb and Herman Boyd Miles. she was married to Willard Emmitt Toole, Sr. she was retired from the United States Postal Service.

She was preceded in death by her husband, Willard, her daughter, Kathryn Bell Wilson, her granddaughter Lydia Ruth George, 5 sisters and a brother.

The Toole family will hold a private service at Dallas Fort -Worth National Cemetery at a later date.

To order memorial trees or send flowers to the family in memory of Agnes "Pauline" Toole, please visit our flower store.